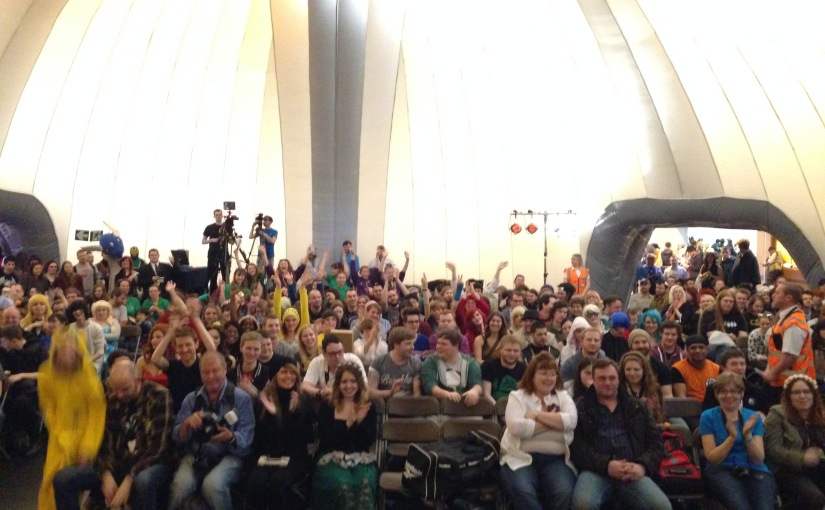 Bit of a last-minute confirmation (mainly due to me being an awkward pain-in-the-butt), but I am delighted to confirm that I’ll be at the MCM Comic Con at the Kings Hall Pavilion in Belfast this weekend.

I’ll be signing copies of the Robot Overlords novelisation at the Dept. 51 stand at 2pm. 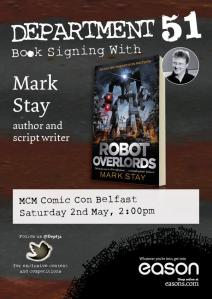 Then from 3-4pm I’ll be on a ‘From script to screen’ panel with Nvizible’s Dan Churchill. We’ll be showing how the film went from Jon’s initial idea through to the finished the film. There’ll be a Q&A afterwards and then hopefully we’ll be able to sign a few posters and there may even be a handful of those ultra-rare Robot Overlords T-shirts (for those bold enough to ask a question!).

The Birmingham MCM Comic Con was great fun, but because we filmed in Belfast I’m sure this will be an even bigger blast. I hope to see many of our crew and extras friends there!