After months of wrangling with estate agents, solicitors, Japanese Knotweed and a very stubborn tree, my family and I have finally moved home. We’ve left the suburbs behind and headed out to the country where I won’t be watching afternoon repeats or the food I eat, but instead working on making a new life here, and writing as much as possible in my mighty man cave (with a lovely view of the washing line)… 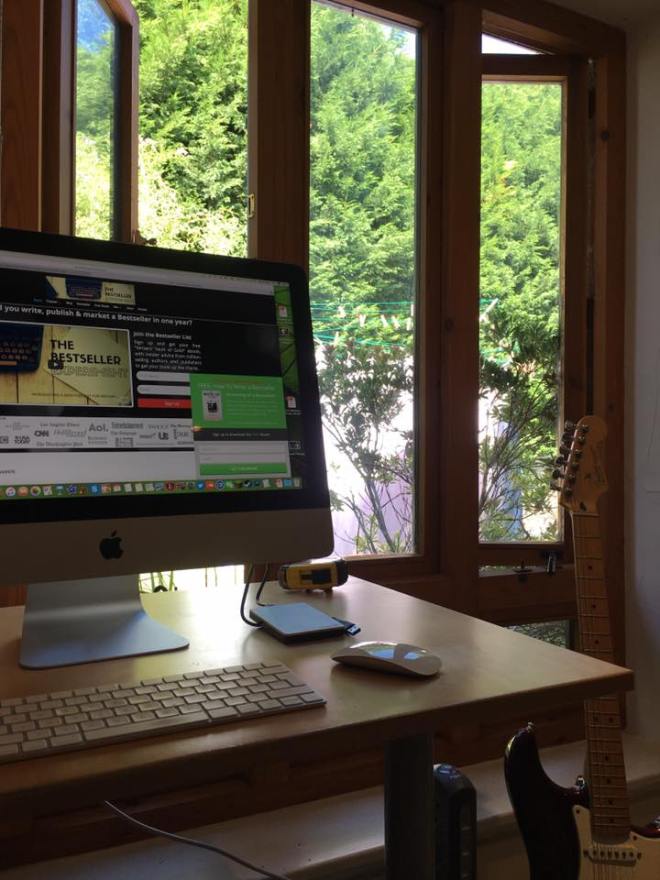 The latest news on the Bestseller Experiment is that we’ve finished our latest draft and have sent it to our editor. This is the first time that a fresh pair of eyes will read our work, and it’s always a slightly terrifying prospect, but we’ve worked our nuts off on this book, and when working on the final chapters over the weekend I actually found myself blubbing. That’s never happened to me before, so I reckon we might be onto something (mind you, I’ve been wrong in the past).

A big change to my routine is my commute. I used to get thirty minutes or so on the train each morning to write, then I would write in my lunch break, then again on the train home. Two hours a day of good writing, albeit mostly in a tin can full of stressed commuters, which could leave me wiped out on a hot day. My new commute takes up over three hours of my day, but it’s far less stressful, fully air-conditioned, and ten times as productive. I’m loving it already and wished I’d done this years ago.

Oh, and I’m in a film! Film lover, film reviewer and now filmmaker Stuart Bannerman has a made a documentary called Experiencing Comic Cons. I love going to cons and Stuart spoke to me while at MCM last year. Blink and you’ll miss me, but Oliver Stone is in the film, too, and I think that means me and Ollie are best friends or something (he’s yet to answer my calls, but it’s just a matter of time before I wear him down). It’s a passion project for Stuart and if you love cons, or even if you’ve never been and want to know what all the fuss is about, then I urge you to check it out (also, he very kindly brought me a packet of chocolate Hobnobs while I was signing books, which makes him one of my favourite people in the world).

Back to work now. Mr. Desvaux and I now have been tasked by our editor to come up with a synopsis and blurbs for our book… Wish us luck!