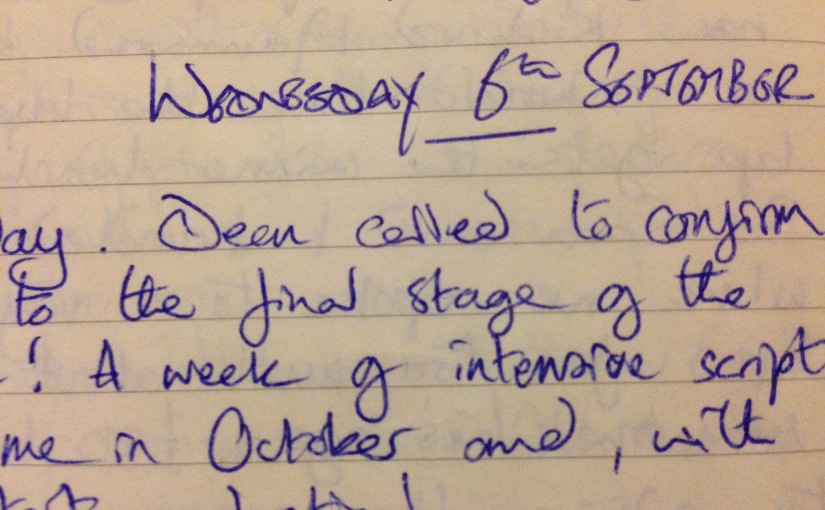 I was at the London Screenwriters’ Festival last weekend, and it was delightful to meet so many writers, young and old, starting out on their writing careers. Their optimism, energy and determination invigorated me… and they reminded me of myself ten years ago. My script, Waiting For Eddie, had a producer in Dean Fisher, a director in Jon Wright, and we were waiting for news on our submission to London Film’s inaugural Microwave film scheme…

A most excellent day. Dean called to confirm that we’re through to the final stage of the Microwave scheme! A week of intensive script development awaits me in October and, with any luck, we’ll start production.

Told my agent and she was very excited. She also let slip that Working Title have agreed to read The Last Time Machine – they’ll reject it, of course, but it’ll be interesting to hear what they say.

I also bought my Apple MacBook today. It’s gorgeous, though I’ve spent most of the evening trying to figure out how it works.

Before you go rushing off to IMDb, I should warn you that (spoiler alert) neither Waiting For Eddie or The Last Time Machine were made into films, so all that talk of ‘Going into production’ was fuelled by the same kind of optimism, energy and determination those new writers had at the London SWF. Okay, you might call it hopeless naivety, and some days that’s all you’ve got, but when someone else shows interest in your work I would encourage every writer to enjoy and revel in the moment… then put it aside and get on with writing the next thing. Because, even if it your script is picked up and made into a movie, they’ll want something new right away, and if they don’t, you’ll need something new for the next round of submissions.