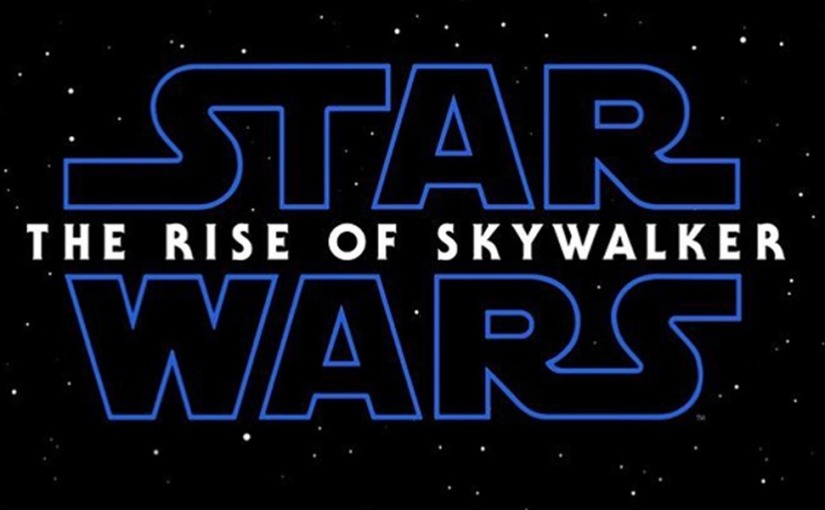 This post contains huge spoilers for Star Wars, The Rise of Skywalker, so if you haven’t seen it, please go no further than the adorable Aki Aki mother and child of spoilerdom…

Okay, all good? We’ve all seen it, yes? Fine, you have been warned.

If you’ve been following my blog since the release of The Force Awakens you’ll know that I’ve been keen on these films, making several trips to the movies to see them in 2D, 3D and fill-your-eyes-with-space-joy IMAX. I liked The Force Awakens very much, with a few caveats, and I loved The Last Jedi precisely for the reasons that some folk hated it. I saw Rise of Skywalker at the movies on the opening weekend… and never went back.

It’s like a knickerbocker glory dessert: it looks great on the menu, piled high with the things you love, but by the time you’re halfway through you’re either sick or exhausted of it.

It hurtles along at a reckless pace in the hope that the viewer can barely draw breath long enough to realise that the plot doesn’t make a lick of sense, characters popping in and out of scenes for nuggets of exposition, constant fake-outs with characters seemingly doomed one minute then fine the next, and threads that only make sense if you go and buy the novelisation… It is, as my dear old nan used to say, a bugger’s muddle.

Of course, I immediately pre-ordered the Blu Ray.

I mean, I’ve got all the others, so why have a gap in my collection? (Curse my completist tendencies!) When it arrived, the first thing I watched was not the film, but a documentary called The Skywalker Legacy. It’s over two hours long and is worth the price of the Blu Ray alone. It reminded me of all the good things in this film: the level of craft on this production is phenomenal. The design, costume, hair & make-up, visual effects, special effects, animatronics, stunts (the stunt coordinator Eunice Huthart is a joy to watch) are all incredible. These are top people at their peak and they make the film look and sound amazing, and they and the actors all put their heart and souls into the film and they clearly had a great time making it. Except one person…

Chris Terrio is a fine screenwriter. His work on Argo saw him nominated for many awards and he won the Oscar for best adapted screenplay. There’s no doubting his credentials. On the Skywalker Legacy documentary he has the look of a deer in headlights, because he knows more than anyone (with the possible exception of JJ Abrams) the impossibility of what he has to deliver. Not only must he conjure up a blockbuster screenplay that wraps up a trilogy (never easy), he is also burdened with all eight other films in the series and countless spin off novels, comics, theme parks and cartoons.

As I was watching the documentary it dawned on me: how could this film be anything other than a disappointment? And I think Chris Terrio and JJ knew this too.

Once I accepted this… I was okay with the movie! I watched it again last night, and the same criticisms remain (it really makes no bloody sense whatsoever), but it works on an emotional level and for this soppy old sod that’s good enough for me. Also — and this is something Star Wars fans don’t like to talk about — the original films are full of similar story holes… (if anyone can explain the logic behind Luke’s plot to rescue Han in Return of the Jedi, then I’ll buy them a Mars Bar)

The truth is, nothing will recapture the giddy excitement of seeing those films as a child. I can remember each trip vividly, and all the emotional baggage of those films cannot possibly be matched by any screenplay, reboot or remake. I’m coming to terms with the idea that this universe will live on long after I’m gone. It’s not mine anymore, and I’m fine with that. I think… The Rise of Skywalker is the favourite film of some other child who had their mind blown by this incredible universe, and good for them.

Let’s end with the one person who never set a foot wrong throughout all nine films. Please be upstanding for Mr John Williams…