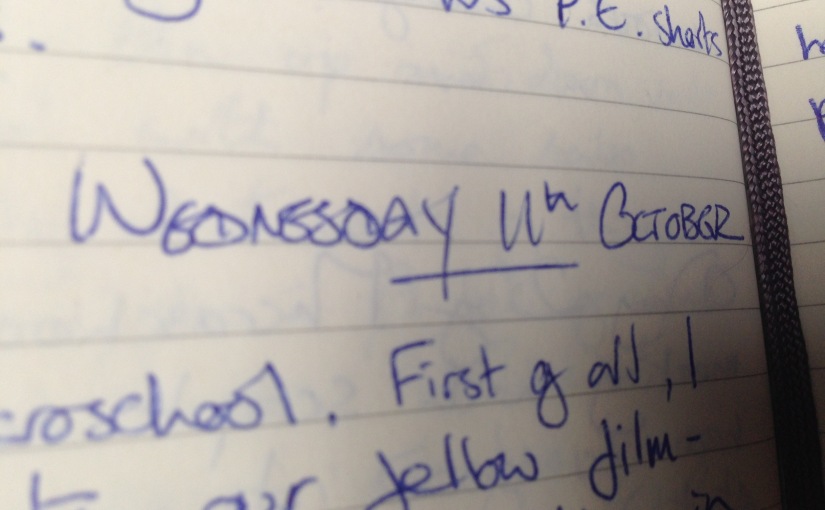 Ten years ago, my script Waiting For Eddie had a producer, a director and had been chosen for the first ever Film London Microwave scheme, which was designed to produce at least two debut films with a budget of £100k.

Last full day of Microschool. First of all, I have to tip my hat to our fellow filmmakers… a thoroughly nice bunch. An awful word was coined by a producer (who shall remain anonymous): “co-opetition”. A mash of co-operation and competition that he felt summed-up the spirit in which he wanted us to work. We ignored his banal wittering and just got on with each other anyway. Special mention should go to Rani Creevy, writer/director of Shifty, and Carol Morley, writer/director of Hotel Deadly – she was a straight-talking breath of fresh air, as was her producer Cairo Cannon.

Producer Christine Alderson was really helpful, too. She basically guided our group through the sessions with plenty of wise and practical advice. Judy Counihan, co-writer of the excellent Faber book The Pitch, came along to talk for an hour on pitching and I made nearly three pages of notes.

Dean (Fisher) is still wary of the restrictions on the budget, but Jon (Wright) is still confident that we can pull it off. I’ll work on our pitch script at home tomorrow and Friday is the day we pitch to the Film London panel!

What’s fascinating about looking back on this entry is the wealth of talent at this first Microschool. I didn’t know it at the time, but Eran (Rani) Creevy would win the first Microwave and go on to make Shifty, and then Welcome To The Punch, and Carol Morley, who, like us, would not win, but went on to make some of my favourite films of the last decade including Dreams Of Life and The Falling. What’s doubly fascinating is I recall their passion and no-nonsense approach to their filmmaking. No “co-opetition” for them, they just wanted to get their fucking films made…

Oh, and Faber books have somehow let The Pitch go out of print! Boo, Faber, boo! Simply the best book on pitching your film ever written. Totally essential, and grab a copy if you can.