Stephen King had the Rock Bottom Remainders with its roster of bestselling authors, Ken Follett still plays in Damn Right I’ve Got The Blues, and whenever I’ve had a Skype conversation with another writer there’s always a damn guitar in the background.

I had a great seat for a Squeeze** gig at the Royal Albert Hall the other night (courtesy of publicist and gentleman Mark McGinlay). I was so close to the stage I was able to offer some constructive criticism as they played… 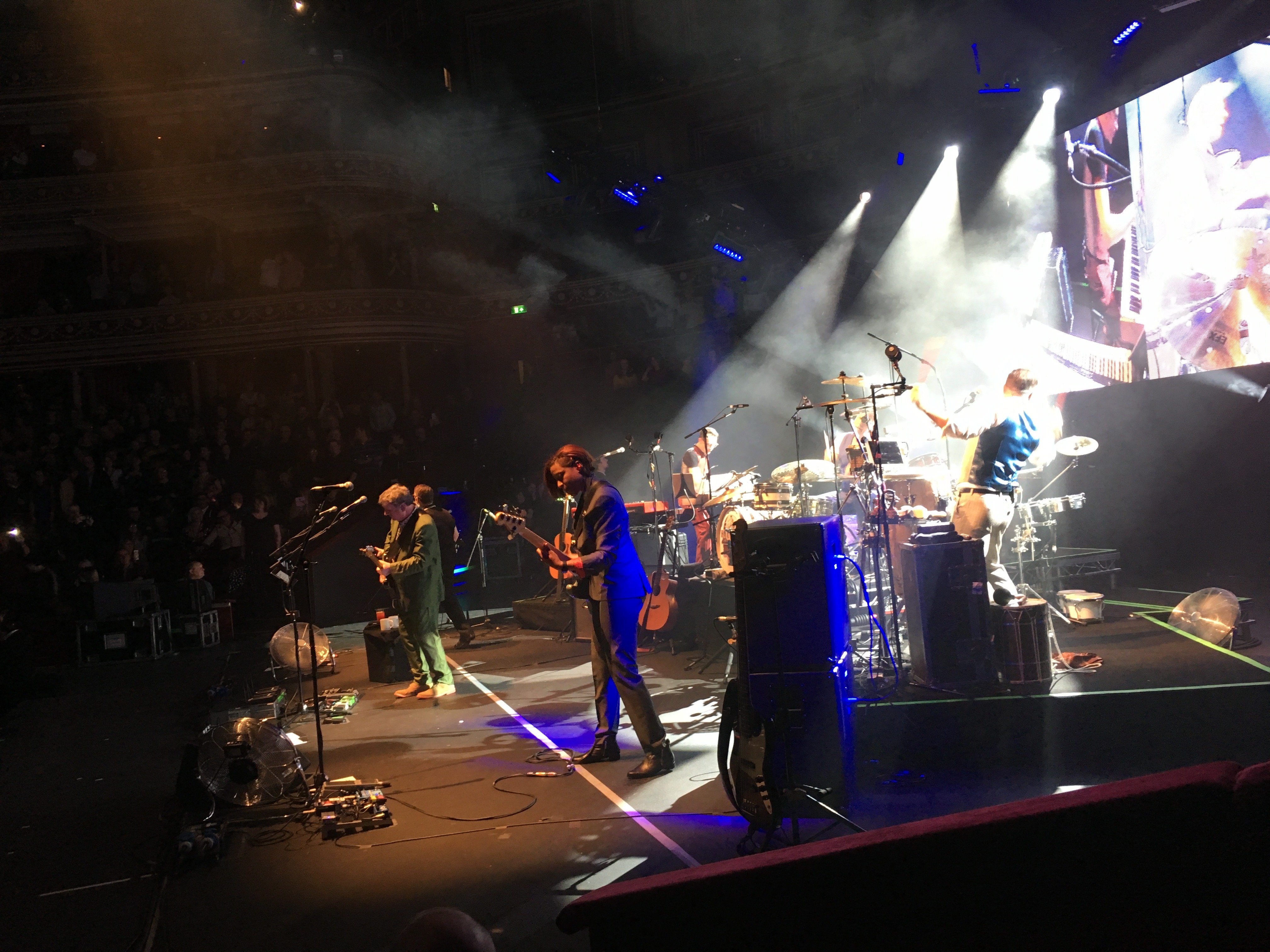 I love watching bands play. Not necessarily the lead singer, but the rest of the group as they interact, keep the beat and, most crucially, stay in the moment.

You might think that writers want to be in a band for that sense of camaraderie, and, yes, there may be some truth in that. But they don’t want to join a band to meet people! Especially people they might be forced to share a tour bus with. Yikes. No. If they want to meet people they can invent their own and keep them on the page where they can torture them like the control freaks they truly are. Writers wants to be in a band for very a different reason.

Musicians dare not do the thing that most writers do as habit: every thirty-seven seconds a writer will look up from their keyboard and stare out of the window while wondering if it’s time for another cup of tea and a chocolate hobnob.

Squeeze played for two hours straight, and the musicians closest to me — the drummer, percussionist and bassist — never missed a beat. They were relaxed, smiling at one another, having a great time, but they never once forgot that they were playing before over four thousand paying punters at the Albert Hall and any mistake would be laid bare to eight thousand eyes staring at them.

If only we writers could sustain our concentration for that long.

So, today, when you’re writing, make your hero Yolanda Charles, bass player. She was the musician playing closest to me and she never lost concentration once. She was always in the moment. She never even contemplated leaving the moment. She kept the moment in its place. And she knew that the moment was a living, breathing thing that had to be constantly fed or it would leap up and push her off the stage.

Happy writing – now get back to work… and concentrate!

Oh, and if you love rock and roll (with a light touch of time travel) I just wrote a novel that you might like.

And if you want to support our work on the podcast, we now have a Patreon. Do please support us and we can keep this crazy train rolling.

*Sportsmen want to be in bands too, but that’s because they’ve spent so much of their lives getting up at the crack of dawn to run/swim/drive in circles that they’re boring and don’t have any real friends and are looking for a sense of belonging… but that’s a rant for a future newsletter.

**And if you don’t know who Squeeze are, you’re in for a treat: catchy songs with the most sublime lyrics that are able to summon up characters, places and tell stories in a way that many novelists struggle to evoke in ninety-thousand words. Listen and learn. The use of tenses in Up The Junction is a masterclass in how to break the rules and make it work…

Enjoyed this? Then get new blog posts before the casual reader by signing up to my newsletter. There are a couple of free eBooks you might enjoy, too!