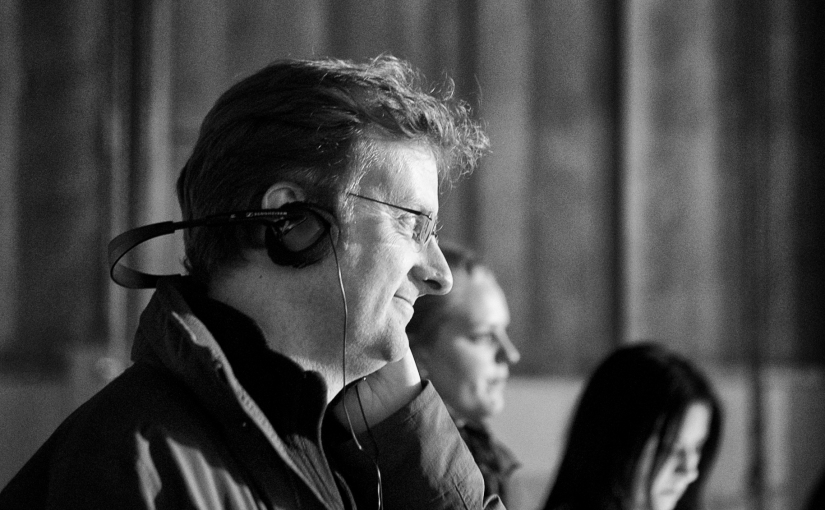 A version of this first appeared over at the Gollancz Blog. I’ve made a few tweaks since…

On our week of release, I was over the moon to be told that ROBOT OVERLORDS, the film I co-wrote with director Jon Wright, leapt to #3 in the UK Blu Ray chart, and #7 in the DVD chart. This news came just over 5 years after getting an email from Jon asking me if I’d be interested in working on the project. So now seems as good a time as any reflect to reflect on the things I’ve learned from writing my first movie…

I expected a good level of collaboration with Jon and the actors, which was fantastic, but some of the most surprising and rewarding stuff was getting emails from the production design team asking for names for castles, banks, names of towns on maps, the date of birth for our hero for a sheet of paper, all of which are barely seen on screen. This was great fun as you’re made to delve a little deeper into the world you’ve helped create, prompted by a team of people whose sole purpose is to make it look as believable as possible, and who think of all those details that add texture and depth to the environment.

To be honest, most days on set a writer feels like a fifth wheel: that paper script of yours no longer exists and the cast and crew are too busy trying to make it into a movie to accommodate you. But you’re on a movie set! For a film nerd like me this was heaven, especially on the day we shot at Pinewood, where I strolled around like I owned the place.

I was on set about eight days out of an eight week shoot (they didn’t have the budget to have the writer hanging around, plus I had a novelisation to write!). Jon and I had discussed protocol for dealing with any script changes on set/location, and agreed that he would take care of the day-to-day minor tweaks, but that we would collaborate on anything major. In the end, there was only one occasion where we had to make a major change and I happened to be on set that day. I was despatched to a trailer (I had my own trailer! For a bit…) where I worked on the revisions. I felt very important for at least forty-five minutes.

And the catering. Don’t forget to make the most of craft services. I put on quite a bit of weight.

“You’re going to be famous,” friends and relatives would say. I’d then ask them to name three screenwriters (that weren’t also directors) and most of them were stumped.

Screenwriters just don’t have the same profile as authors. Film is a director’s medium. And authors can’t be fired from their own book, whereas screenwriters get fired all the time, even from projects they originated! This time I managed to stay the course.

DIRECTORS AND PRODUCERS ARE THE HARDEST WORKING PEOPLE IN SHOWBIZ

There’s an alternate universe where our producer Piers Tempest didn’t option the film and Jon and I are musing “That Robot Overlords idea could be a goer, y’know.” Without Piers’ tireless work this film would never have been made. And Jon spent pretty much every waking hour either writing, sketching, pitching, listening, re-writing, answering roughly twenty thousand questions a day before, during and after the shoot. Over a period of about four years. That’s hardcore stuff and I don’t think he put a foot wrong.

I had a week of rehearsal with Callan, Ella, James and Milo, working to tailor the dialogue to their strengths. It was an absolute joy to see them take ownership of their characters, and the backstory stuff we worked on formed the basis of the first part of the novelisation.

And then the likes of Gillian Anderson, Geraldine James, Roy Hudd, Tamer Hassan and Sir Ben Kingsley start saying words that you wrote. That’s a series of pinch-yourself moments right there.

I have so many favourite lines in the film, but the one that makes me giggle every time is just one word. “Fecund.” And Kingsley delivers it with exactly the kind of filthy relish we were hoping for.

VFX IS ALL ABOUT TIME

You can do it well, cheap or fast, but not all three. Visual effects is a much-misunderstood industry, not least by me at the beginning of this project. The team at Nvizible pulled off nothing short of miracle bringing our metallic invaders to life on a budget that would barely pay for the Incredible Hulk’s pants on certain other movies. And they did it with meticulous attention to detail in a craft that’s a curious mix of hard science, pure art, teamwork, and all done with a rigorous pride in finessing stuff that might only register subconsciously with the viewer, but makes all the difference. They also have a terrific understanding of story and character. So much so, that I’ve even written a script with one of them.

We ran the gamut from children running screaming from the room (from one scene in particular, which became known as “the torture scene” by the producers) to others declaring it to be the best film they had ever witnessed.

We had the most amazing preview screening at the BFI Southbank: over 300 kids whooping and cheering and bursting into applause at the end, but we still didn’t manage to get the kind of nationwide distribution we wanted. Why? Myriad reasons, but it largely comes down to money. Marketing to 8-14 year olds is very, very expensive business (probably in the region of two million quid) and there wasn’t a major distributor in the UK willing to take the risk on an original idea. A shame, but that’s the reality of the British Film Industry at the moment.

REVIEWS ARE HILARIOUS (AND NEVER READ THE COMMENTS)

I read all the reviews and you’re soon able to discern if it’s going to be a good or a bad one in the first paragraph. There’s nothing more wonderful than when a reviewer latches on to what you were aiming for and sings your praises, there’s nothing more sobering than a critical review that nails a problem that should have ironed out before production, or might not even be the production’s fault at all, simply a compromise made due to limitations of time and money. And there’s nothing more hilarious than the cretinous remarks by the Simpsons Comic Book Guys who troll the comments pages of Youtube and IMDb and have yet to learn that not all films are made for males aged between 20-35.

The hardest bit has been keeping my mum away from the bad reviews, because she will hunt down and kill the reviewers.

Somewhere along the line, someone managed to pirate a rather poor quality publicity screener of the film, and it was suddenly all over the torrent sites. We should have been flattered that it topped the torrent charts for some time, but the crummy quality of the pirated copy simply does no justice to the film.

What was remarkable though, were the number of people who would talk online about downloading/streaming the film from torrent sites and then tag our Twitter and Facebook accounts in their conversation! When you politely pointed out that what they were doing was illegal they became very apologetic and promised never to do it again, but there’s clearly a vast swathe of the population who enjoy their movies highly compressed with tons of digital noise and diabolical sound quality. Each to their own.

I’m not. I still have a day job to pay the bills. And based on what I was paid for this gig, I will need the day job for some time. Screenwriting is not a get rich quick scheme. It might not even be a get rich slow scheme. Ask me again in thirty years.

WRITE THE NOVELISATION IF YOU CAN!

When Piers first suggested a novelisation of the film I raised my hand like the swottiest kid in class, “I’ll do it, let me, let me! And I know just the people who can publish it!” It’s been a privilege working with the Gollancz team to write a book that I hope stands alongside the great movie tie-ins I read when I was a kid. And you never know, if enough people like it I might get to write another one.

If you’re coming along to Dysprosium 2015 (EasterCon to the rest of us!), then here’s what I’ll be up to on the Saturday and the Sunday.

Described in the brochure thusly…

Build Your Awesome Robot: Child-friendly activity. Priority is given to children 17 and under. Children under 16 must be accompanied by a responsible adult. Using cardboard boxes, egg boxes, toilet rolls, metal food trays, cereal boxes etc, plus some coloured card, tape, and glue, you can build your own ready-to-wear robot. Zandy has an incredible book that gives suggestions on things you can put on your robot. We’ll make sure to copy the relevant bits and people can draw their own signs on card. Zandy Hemsley, Mark Stay.

Yup, Zandy and me will be helping kids build their own robots. What could possibly go wrong?! Assuming that we haven’t all been enslaved by the children’s automations you can always come to…

This hardly seems fair: I have to follow the awesome Jaine Fenn! She’s a proper science fiction writer with a garret and everything! I’ll do my best and maybe read the bit from the novelisation with the exploding head.

10-11am Robot Overlords from script to screen – Bleriot room

This will be great fun. Myself and Paddy Eason (VFX supervisor on Robot Overlords) will take you on a journey from a page of script right through to a finished scene from the film. It’s also a great way to show just how an indie Brit sci-fi film gets made these days (with great difficulty, as it happens). This will be a multimedia tour de force with never-before-seen concept art and behind-the-scenes material.

This will be where all the cool kids will be hanging out. So be there, or be a giant robot cube…