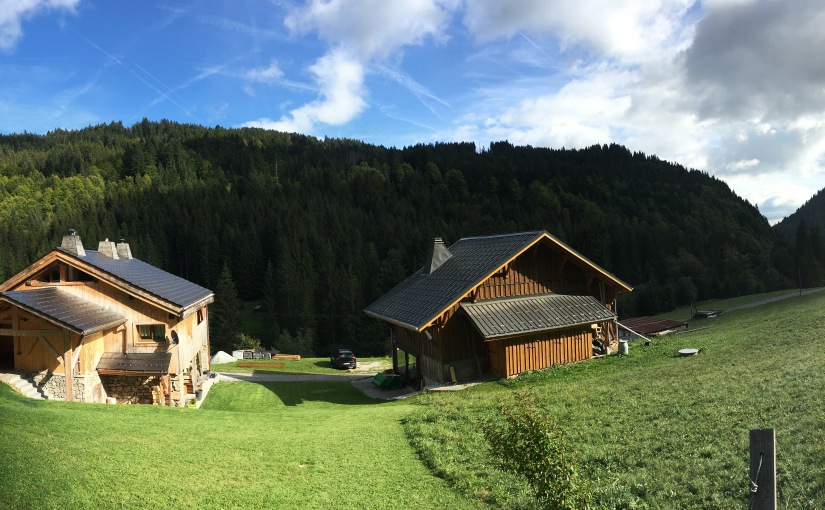 I’ve always had a healthy, working class suspicion of writing retreats: do you really need to go to a nice country house in Dorset to work on your novel…? Really?! Really??! Oh, get over yourself…

But then I stumbled across Le Chant de la Cascade over on Instagram. A retreat run by Marcus Sedgwick, an award-winning children’s author whose books I used to sell when he was published at Orion Children’s and someone whose writing I like very much, and he’s a very decent chap… and as I’ve said before, in these trying times I try to only work with nice people.

I dropped Marcus a line and he explained that the retreat is a small affair, just a handful of writers, and it’s all very relaxed and easygoing. No enforced jolliment or systematic abuse or ritual humiliation (you might think I’m confusing prison with writing retreats, but I have heard horror stories…).

After an incredible drive from Geneva through some truly stunning countryside we arrived in approximately the middle of nowhere, and it’s perfect. The only sound is the gentle hiss of the wind through the trees and the occasional cock-a-doodle-doo from a laid back cockerel.

I’m here to crack a middle grade children’s novel that I’ve been working on. I sent a draft to Karen Ball over at Speckled Pen and she gave me some excellent notes, which I plan to tackle while I’m here. The main note was about the authorial voice of the book. It’s currently in the third person past tense, and she noted that it just sounded too much like me (a bloke in his forties) and not the protagonist (a child), which can really hobble a children’s book. Karen advised that I read Joanna Nadin’s Joe All Alone – an excellent example of a first person present tense children’s novel – to see if it appealed… and it does. My first task today was to experiment with my book and see if that worked for me… and it does. That’s the good news. The bad news is I now have to rewrite the whole book in the first person present tense, which is a bit of an undertaking, but y’know what? What doesn’t kill you only makes you stronger, and that applies to rewrites.

Tonight, Marcus, myself and the other writers here discussed plotting, outlining, story, and we had fun sorting lyrics from ballads and synopses from films into order. This has put us all in an excellent frame of mind for the rest of the week… More tomorrow!

To find out more about the retreat click here.

For regular writing tips, news and other stuff to help a writer get through the day, sign-up to my monthly newsletter, and grab a FREE eBook while you’re at it!

The email from my editor Simon Spanton pinged into my inbox on Sunday evening. The edit for The end of Magic had arrived.

This is both a thrill and a moment of panic for the writer. The waiting is over and we can finally start on the final phase of the book before it is published, but this is also when we discover what our editor really thinks of it. Simon’s email alone was several thousand words long with a breakdown of what he liked and what needed work. It was clear, thorough and very encouraging.

The document itself is marked up with comments throughout. Structurally, the book is in good shape. No major cuts needed, no tone problems, and he identified an issue with the protagonist that has been eluding me since the beginning! This is everything a writer wants from an editor.

Of course, there are problems…

I have a character eating soup from a plate (messy)

I’m vague about the size of two armies in battle

I use the word ‘limestone’ fourteen times! (Who knew?)…

I have a character unable to swim one minute, and then happily treading water the next

And there’s this moment with a scythe…

Simon is great on military and historical accuracy, particularly anything naval. He’s picked me up on how many lashes a character has to endure, and the best way to survive a sinking ship.

Oh, and I have to make a crucial decision about the genitals of merpeople… Y’know, basic fantasy stuff.

Also, the short story I wrote to accompany the novel (available to all newsletter subscribers for free!) made me realise that I needed to change the timescale of a bit of my world’s history, so that will need to be threaded through the novel.

In all, I had about 320 comments and notes from Simon. I’ve spent the first few days triaging the easy stuff. The “delete this”, “trim that” suggestions, and the silly continuity errors and tiny plot holes. Now I have to knuckle down and do some serious character work, but I’m happy to do it because I know it will make the book so much stronger as a result. Also, this is my third novel, so going through the process a couple of times already has reassured me that the book won’t fall to pieces during the edit.

I reckon this will roll on for a couple of weeks and there might be even more revisions after that, and then we need to start thinking about the copy edit. Still a little way to go, but it promises to be fun!

PS. I also got a reader’s report on my middle grade novel Raygun (though that title will almost certainly change) from Karen Ball at Speckled Pen. Much like Simon’s edit notes, they nailed all the book’s issues, but have also inspired me to make some positive changes. I’ll be getting my teeth into that next. If you have a children’s novel that needs detailed and informed feedback, then I highly recommend Speckled Pen! 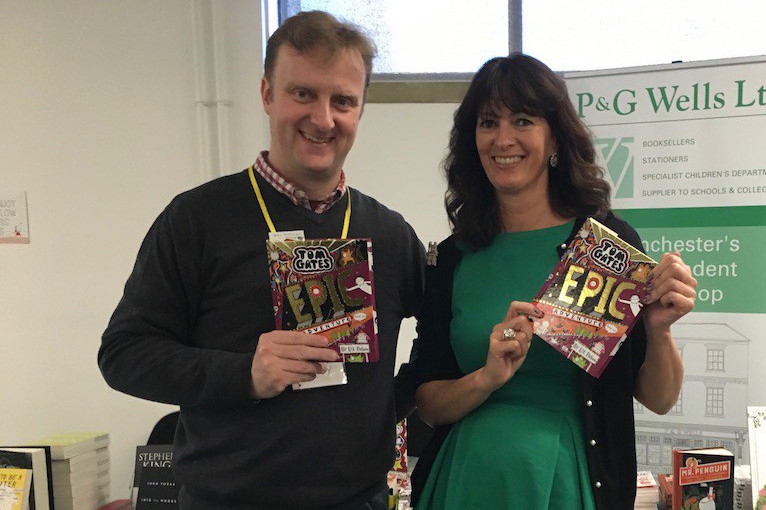 Late last year I was invited to the Society of Children’s Book Writers and Illustrators conference at Winchester University, and the organisers kindly allowed me to stick my microphone under the nose of anyone passing by. As well enjoying some very instructional and inspirational panels, I got to talk to some amazing authors, including Liz Pichon, author of the bestselling Tom Gates books.

We talk about all sorts, including how she uses flowcharts to outline her stories and how The Sopranos was an influence on the Tom Gates books!

Liz was very generous with her time and I must thank the organisers of the conference for being so accommodating. There will be more interviews like this with the likes of Patrice Lawrence and Alex T. Smith and more. Subscribe to the podcast on your podcatcher of choice to make sure you don’t miss out.

If you liked that episode and want some more, we’ve started having post-podcast deep dive discussions for our Patreon supporters. And last night we had a Youtube Live show, where we answered our Patreon supporter questions. You can support us and get the extra content here. 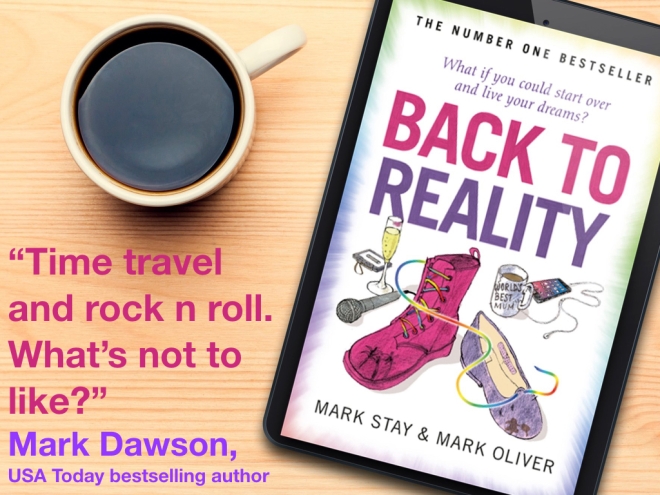